So Lost: The Little Prince (Spoilers of course, bozoid) 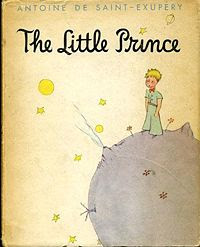 We interrupt this non-serious blog with a note on last night's episode of Lost.

This was the most straightforward episode in a long while. It actually drove the plot forward in a fairly linear manner (despite the Time Jumps).

The questions that arise from it are:

Everyone is on the dock except Hurley (who will arrive via RottenLawyerMobile shortly we can assume) and John's body, correct?

How much time of the "70 hours" that they had to work with has elapsed?

Why are they at "slip 23"? And will Penny's Ship "The Searcher" land in that particular dock shortly as well? This would bring Desmond who is a "key" of some sort right into the "return-to-the island-fray".

Will Charles Widmore and the cloaked woman who we assume is Daniel Faraday's mom also show up? If they both get back to the island, what happens then? Would they actually want to get back?

If Daniel and crew make it to the Orchid and someone (I'm guessing Daniel or John) turns the wheel to move the island just as all of the other players are gathered in one place on the dock, will this bring all of the people on the dock to the island?

If the wheel turner is Daniel and Desmond his "Constant" is among the dock group, then will Daniel hold his place and stay on the island rather than being moved back to regular land?

If the wheel turner is John, can he convince everyone on the dock to come back to save the remaining people from the plane--the fact that they know he is "dead" could have a huge impact on their judgement. Perhaps the dead body of John is a place holder that keeps the "live" John from moving back to normal space or in fact it allows him to return to normal space and still return to the island.

Final notes: I love the Rousseau character and it was both lovely and sad to see her young, sweet caring self and to know what would happen to her shortly.

I KNEW Jin was alive! He and Sun are two of the best characters on the show and unlike some of the cast, their characters have changed and grown so much. I know Sun would go back to the island for him in a heartbeat, but..her little baby is in Japan. What am I thinking? I'm sure Ben is having her transported to the dock as we speak.
Posted by Librarian D.O.A. at 2:34 PM