Philip Pullman from the Guardian on Why we must stand up to the Book Barbarians. 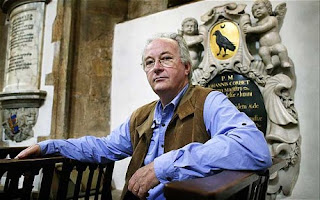 I like his books, and I love anyone who comes up with a phrase like Book Barbarians. Arrggh!
Posted by Librarian D.O.A. at 6:08 AM No comments: Links to this post

BookNotes: An Altar by the River by Christine Husom

When I began this book, I had two things that Christine said about it in mind: that is a chilling tale and that she knows where the altar is, she has seen it. She said that her books except for the upcoming 4th volume were based on true crimes.

When the story opened with a man fearing his brother was heading to Winnebago County to an undisclosed location for a Satanic Ritual in which he planned to sacrifice himself, I thought hmmm, this is sort of far fetched. Looking at old news reports though, there was a case in Minnesota in 1983 (about the time I came back to live in Minnesota from years in the eastern wilds). Unfortunately, based on real information indeed.

It became disturbingly believable that an age old cult would have members hidden among ordinary folk in society. They could have members in useful professions such as medicine, funeral services and police forces who would help keep their activities secret and successful.

One of the most appealing things about this mystery series are Sergeant Aleckson's family and friends and co-workers. Over the course of the three novels these people have become familiar and a wonderful solid support system for Corrine.

An Altar by the River puts a doubt in the reader's mind as to who can be trusted and who might be completely evil. The weaving of familiarity and safety written into the three novels is shattered as the investigations go on and it is clear someone very close cannot be trusted.

I highly recommend the series, and you should read them in sequence since each picks up right where the last left off. Characters including the villains do not go away but they have resounding effects on the lives of their victims and the police officers who put their lives on the line to make life safer for all of us.
Posted by Librarian D.O.A. at 8:16 AM No comments: Links to this post

I always drag my hooves writing "reviews" because I want them to be done just so. So I never write them. Clever! Let me try doing a BookNote (short thoughts on the book)on my fine reading and see if I can overcome my internal editor.

The books tend to feature a big scary crime and the resolution of that crime involves classic detective work and police procedure. There is something about the way Christine writes that makes you feel like you're riding along in Corky's car to the crime scene. It is so easy to picture everything.

Buried in Wolf Lake features a golden retriever bringing his mistress a human leg. The police arrive and have the grisly task of methodically securing the scene and attempting to dredge a shallow muddy lake for the other pieces. I'll always have this image of a perfect solo leg being shaded by it's own little jury-rigged tent to protect it from the sun while the search goes on.

Based on an actual crime that has never been resolved, Buried in Wolf Lake brings the reader into the mind of a person who would commit such a crime.

She also does a fantastic job of showing the impact of dealing with such grim crime on the police who must try to find the killer.

David Baldacci talks with the BBC on crime writing 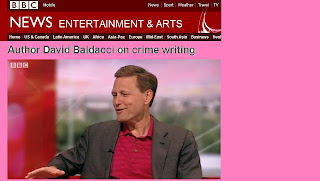 A video interview with suspense author David Baldacci. Quite the affable guy, eh?
Posted by Librarian D.O.A. at 7:59 AM No comments: Links to this post 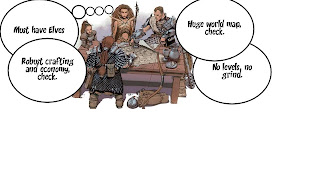 Gaming site Massively had a post this week asking what your developer dream team would be for an MMO. I didn't have time to reply and now I can't find the post, but the concept has stayed in my tiny mind so here is the team I would assemble if I ran the Zoo, including everyone who I think would make the virtual world unimaginably PERFECT. 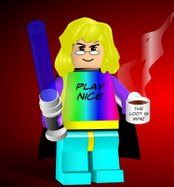 Posted by Librarian D.O.A. at 5:41 AM No comments: Links to this post

The Mysterious Bookshop in New York has a wonderful blog which I've added on the side. Their current post is a list of Bibliomysteries, mysteries involving books, or anything book related that the shop has for sale. Just the thing for reading in some cool spot on these hot summer days. The book below is not on the list but I thought it fit somehow... 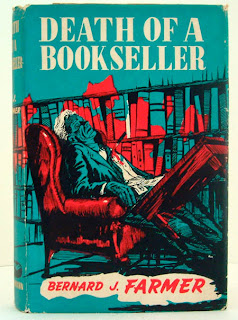 Posted by Librarian D.O.A. at 6:13 AM No comments: Links to this post

Downsizing Librarians Means No Bananas For You 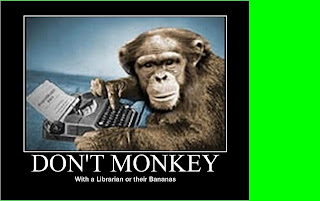 Can't get the whole monkey thing out of my head, lol. Ooooo oooooo.
Posted by Librarian D.O.A. at 6:35 AM No comments: Links to this post

Supposedly, the Literature Map lets you pick an author you like and then it does the "cloud thing" and puts up other authors who write like your author.

This could give you a new set of authors to try, or not. Theoretically, the closer in proximity the author name is to your desired author, the more like your author they are.

I tried Douglas Adams, the favorite of my husband the Impossible Reader's Advisory Subject. So hard to figure out what he would read or not. Every technique I have for finding him new authors has failed. If I do find a new one, he'll often read a book or two and then not like them anymore, mysteriously. Agh, I say agh.

Anywho, Anne Rice is closest to Douglas Adams on the Literature Map!!!! Dept of Triple DOH, why did I NEVER think of her?

What happens when you try to turn a librarian into...something else 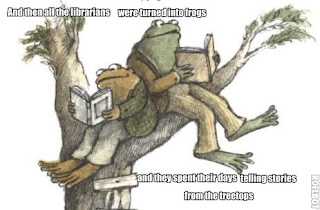 Posted by Librarian D.O.A. at 5:46 AM No comments: Links to this post 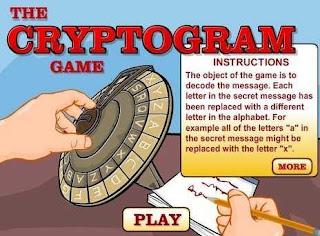 The answer for this weeks's cryptogram is:

MIGNIGHT CAME AND WENT WITH ONLY THE QUIET BUZZ OF MEAGER TRAFFIC ALONG THE BEACH.

When you dare by Lori Foster 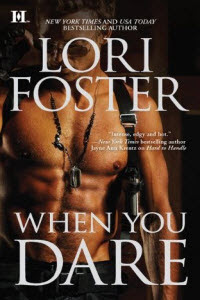 Ouch! The typo I didn't see made my husband bonkers, sorry about that. I thought the cryptogram machine had failed me but no...apologies to anyone else who was stumped!
Posted by Librarian D.O.A. at 7:44 AM No comments: Links to this post

Minnesota Turns out the Lights of Government 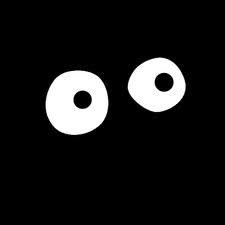 I don't remember the government shutdown of 2005 at all. It lasted eight days.

With the rancor and positioning and downright ugliness surrounding this one, I know I'll remember it well. I think we all will.

What is that curse about living in interesting times?
Posted by Librarian D.O.A. at 5:29 AM No comments: Links to this post