Oh, SNAP! Toto, I think this is a LIBRARY and not the IRS! 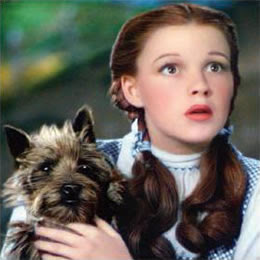 The IRS asked libraries to complete their tax orders for 2011 in August of 2010.

Two weeks after that deadline they sent an IRS OOPSIE email letting us know they would not be sending out any tax forms to Individuals or Businesses for the 2010 Tax Year. They also let us know that we could not re-order ANY FORMS until we had completely gotten our initial order.

They helpfully suggested that this might cause a disturbance in the taxpayer force and we should put something on our web pages letting people know the situation! How crazy is that, especially since I have seen nothing at all on the IRS site mentioning they were saving money but making people insane by not mailing those puppies right out.

So...the tale continues in January of 2011 with another OOPSIE mail from the IRS saying, you guessed it, OH SNAP, tax law changes in late December caused a delay in printing some really hot, exciting forms, the 1040 Instruction Book being the hottest of the hawt.

Libraries, who carry a selection of forms as part of what we do as public service and information folks have been battered, bruised and you name it since December.

That is a long long time to endure anger, disgust, and whatever baggage people have that they would like to heap upon the Internal Revenue Service, but HEY aren't we sooooo handy, and the IRS is not.

Tough bunnies, people. If you want the 1040 Instructions RIGHT FREAKIN NOW or you're going to have a hissy fit go to www.irs.gov and download it, read it, love it.

If you do not want to do that, for whatever your reason, walk, run, ride, drive to the local INTERNAL REVENUE SERVICE office, that is right, the IRS, the actual cause of your pain, and get the dang stoopid form from them, and if they don't have it, you just feel free to tell them all about your angst, your anger, your whatever, cause they can help you, whereas the Library, the sometime repository of hundreds of information sources, is just not able to produce miracles or 1040 Instruction Books.

I'm combining all the blogs on my sidebar into a single list and sorting by the most recently updated. This makes it more fun to read and simpler to see who is updating what. Hot blog news, as it happens!

I wish I could include snippets but that creates a sidewall of text, so no. I'm sending to the blog boneyard anything that hasn't been updated in over a month (with some exceptions for my favorites). So many great blogs, so little time to read, must make room for the thoughtfully prolific.

This will take some time but it will be All GOOD.
Posted by Librarian D.O.A. at 6:08 AM 2 comments: Links to this post