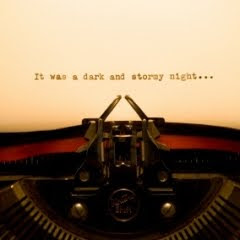 When I pick up a book to see if I'd like to read it, I read the flyleaf/jacket information and the first few lines to see if I like the author's style and if the story grabs me. First lines are so important. Fascinating, too, taken out of the context of the rest of the tale. These new books came across my desk today. Here are the first couple of lines of each. Which grab you right away?

If the Cardinal pinched the cheeks of his arse, the walls of the city bruised. They were that close, Siamese twins, joined by a wretched, twisted soul.
Darren Shan The City Book One: Procession of the Dead

“If I see one more ESTATE FOR SALE sign planted on our street, I swear I’ll develop hysterical blindness!” Polly Pepper complained from the back seat of her Rolls Royce.
As her son, Tim maneuvered the family car up serpentine Stone Canyon Road to Pepper Plantation, their fabled home in the ritzy hills of Bel Air, California, Polly continued her rant.
R.T. Jordan Set sail for murder: a Polly Pepper Mystery

For all it was just gone noon by the barkeep’s (carefully hidden) watch, the Bird-in-Hand dance-groggery was nevertheless crammed full with people either drunk from the night before, or continually drunk for the last few days, and counting. One of these, a huge fool in miner’s clothes, had spent the last ten minutes staring fixedly at Chess Pargeter, who stood sipping a shot of absinthe at the bar--a slim and neat-made man dressed in purple, head barely level with the miner’s breastbone, whose narrow red brow shaded to gold over a pair of eyes the same green as the wormwood and sugar concoction he held.
Gemma Files Volume One of the Hexslinger series: A Book of Tongues


Chloe Turner stared down into the black, roiling water, squinting her eyes against the cool spray. The wind ate into her skin.
Victoria Dahl Crazy for love

I first noticed the man I will call Benjamin in the bar of the Independence Hotel in Ndala. He sat alone, drinking orange soda, no ice.
Charles McCarry The End of the String from the anthology Agents of Treachery: never before published spy fiction from today’s most exciting writers

When the lights went out Darren Wylde was at Junction 47. It was the last thing he saw--the big stencil-painted numbers--before the shadows rushed out of the corners.
Jim Kelly Death watch: a mystery

“Morgan, did you say your name is? Funny things, names.” The depot agent, an individual so slow I thought I might have to draw a line on the floor to see him move, was gradually commencing to hunt through the baggage room for my trunk, shipped ahead.
Ivan Doig Work Song

If this is the chance I’ve been waiting for, then why does it feel like I’m in over my head? I mean, like I’m five feet tall in seven feet of water and haven’t the foggiest idea how to swim.
Tracey Batemen Book three in the Drama Queens series: That’s (not exactly )Amore

Terry banged on the wheel of the Rent-A-Wreck Chrysler Imperial. “Nuts!” she yelled.
Jennifer Colt A McAfee Twins Novel: The Hellraiser of Hollywood
Posted by Librarian D.O.A. at 12:46 PM