As a semi-regular feature, we present The Television Game.  When I was a child, my brothers and I played Tic Tac Toe and Battleship in the sand.  My husband and his older sister were much more clever. They drew a television in the sand and drew a picture inside as a hint to a television show title.  He thinks they drew the picture and gave the initials.

I will be soooo kind as to give you the picture, the initials and the year the show is/was on. 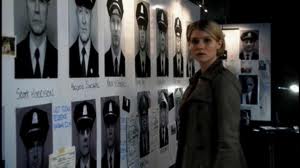 The answer is Alcatraz, a great mystery series with Alacatraz as it's story backdrop.  We've been there a couple of times and the narratives of the prisoners are different each time.  It is a sad place.  The show deserves renewal but no word yet. 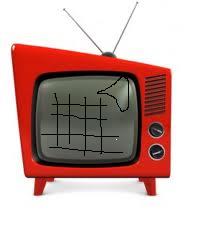 Labels: games to draw in the sand, Television Game