Dancing with the Stars

I was a little relieved to see someone with lesser dancing skills get sent home this week. Although Carson Cressley really worked hard on his dancing skills, he just didn't have what he needed to move forward dancing wise. As the judges are always saying, with ballroom dance, its the whole package that has to be there in order to be good. 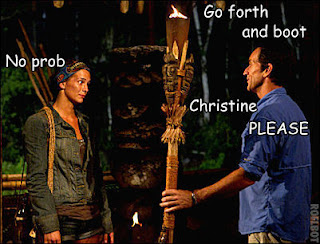 Silly to send home good competitor Mikayla over good egg Edna, but I think the teams may be getting merge-itis and they're altering their game a bit to take out individual threats who they think may not be loyal after a merge. I've seen it happen too many times where they do this though too early and cause their team to go into a losing streak. Let's hope Mikayla can at least unseat bratty Christine from Redemption Island. I don't think Mikayla will be so brooding and whiny and all around bleh as a Redemptioner.

Nice episode for Reese who gets to be both a very sympathetic character and a bad ass.

He is always those things, but he was so determined to ease the suffering of the judge who he felt for, and yet he had that old drive the guy in your trunk around in circles to make him dizzy and get him to talk trick up his sleeve. Then he tosses another guy in with him like no problem. He's got subtle torture tricks we can only guess at in his repetoire.

I like how he keeps trying to get in under Finch's skin. The interplay between those two is fun. 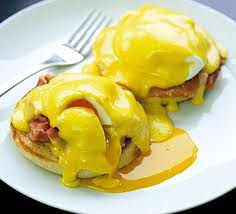 Another weak episode, and they only have 13 episodes and no renewal flag yet. They should have made much stronger storylines, it's just lazy that they did not.

The theme is a little girl from the Sixers comes out of nowhere and wants to join them, she has run away she says. She acts all feral and grubby, but as soon as she is cleaned up a bit she steals something from Mira's old house and tries to get out with it. She makes eyes at Shannon and says wah wah Mira made her do it and Mira would hurt her lil brother Sam...

Of course Shannon cruises right over to the Sixer's area (though nobody knows, wink, where they are) gets beat up, hears a sob story from Mira about the future holding her own daughter hostage (made up is my thought since they were looking a week ago to find a way to get at the new security chief).

Shannon goes back home with Sam and a sort of bond with Mira over family matters...Kinda weak sauce.
Posted by Librarian D.O.A. at 8:10 AM