DOA in the Kitchen: Sunday Dinner Ham and Au Gratins 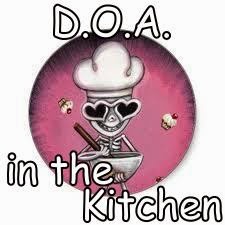 I've been looking for the perfect au gratin potatoes recipe.  I haven't found one yet that is like the Betty Crocker boxed ones, but with "real" ingredients.

These au gratins are not Betty, but to quote Pee Wee, I love them so much I could marry them!  (Mr. DOA understands though he didn't like them so much). 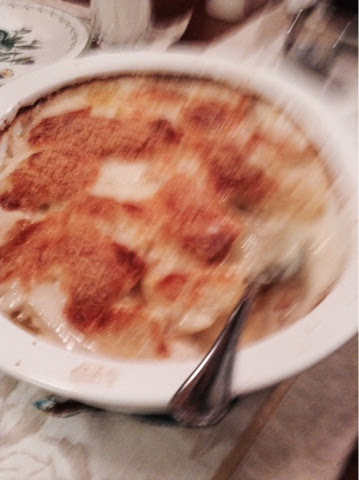 http://12tomatoes.com/2014/09/creamy--cheesy-side-dish-potatoes-au-gratin.html    There's a link to the recipe.  And their picture looks better. I was in a hurry to get dinner on the table...


It’s hard to go wrong with potatoes, but if you’re a worrier, take a deep breath because this dish is always a winner! You don’t have to spend ages (getting tennis elbow) making the perfectly mashed potatoes, all you have to do is make the sauce and pop these tots in the oven. This dish is perfect for family or holiday dinners—just be prepared for the requests that will come rolling in for you to make this dish for all upcoming celebrations!


I tried a Maple Brown Sugar Crockpot Ham, recipe below.  I don't think mine was from Mel's Kitchen though the ingredients are identical.  I detected no Maple or Brown Sugar taste at all. I can sum up this post simply by saying I’ll never make ham another way again. In the past, I’ve always baked it in the oven according to package directions, occasionally using the sugary glaze that comes with the ham and sometimes not. This time I decided to use a recipe I saw on a Year of Crockpotting. It was fantastic. Really fantastic. The ham was more flavorful than any ham I’ve ever made before and the flavors were so perfect – maple, brown sugar and pineapple. Delicious – not to mention super simple. The only change I will make next time is to significantly reduce the amount of time in the slow cooker. My ham was slightly overdone after cooking for 7 hours and next time I’ll only cook it for 4-5 hours on low. Regardless, it was phenomenal and got rave reviews from the fam – definitely my new go-to way to make me some ham.

Just some Niblets Brand corn to round things out.
Posted by Librarian D.O.A. at 8:37 AM