I'm glad to have caught this at the theater, though late in its run.   The Mission Impossible movies are perfect for the giant screen and mega-sound systems.

Warp speed action, light humor throughout, incredible stunts...bring on the popcorn and a large red Icee.

The "rogue nation" of the title is an organization called The Syndicate.  It seems to be behind disasters and assassinations all over the world.

Led by a classic reedy villain type named  Solomon Lane, the organization has recruited "officially dead" operatives from every intelligence organization on earth. 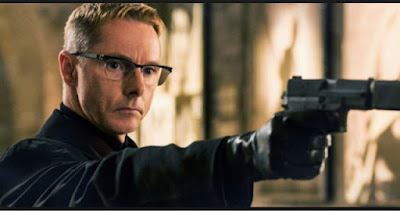 Even with the resources at his disposal he can't get through security to reach a certain bit of information he wants.  He needs Ethan Hunt and the IMF, and he sets in motion a convoluted plan to get them involved.

One of the things I like about these films is that it is a pleasure to see how the IMF team works together.  While Ethan is the brains behind the operation and the front man, he'd never get any of his schemes off the ground without this group.  They're just perfect clockwork. 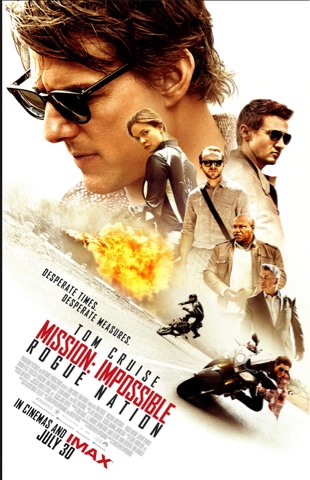 I loved Ilsa Faust, the very best female agent I've ever seen, and I just kept thinking she needs her own movie.  Slick, smart, brave, ten steps ahead of everyone though she appears ensnared, man, she was so perfect. 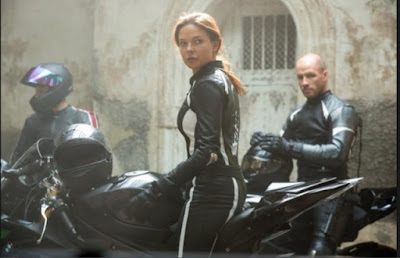