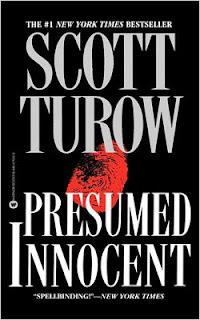 This month's local mystery book group selection was Presumed Innocent by Scott Turow. Though it was published in 1987, it is not dated in any way.

The essence of the story is that a female prosecutor has been found dead in her apartment, bound and bludgeoned. In classic mystery fashion, there are many possible suspects. The actual killer isn't someone you'd guess until you're told in a rather nonchalant manner at the end of the novel. None of us guessed who it was in advance, in any case.

The protagonist and teller of the tale is accused of the murder based on evidence found at the scene. It is very clever that he does not convincingly let himself off the hook. He could be guilty.

A large portion of the book, and the most compelling reading in it involves the court room testimonies. Here all of the foibles of the victim and the suspects are revealed, question by question.

I personally disliked most or all of the characters, including the accused and the victim.

(Side note: I did not see the movie version of this before reading the book because no way was I going to think Harrison Ford had done anything wrong. I do wonder if they chose him for the role because otherwise the Rusty Sabich character is pretty unappealing.)

I still wished to see justice done. In a way it was, because the innocent man went free. 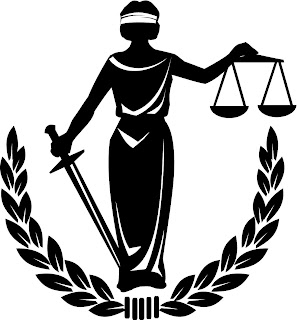 Justice was not served by the real murderer going free, and there was no censure for the crime. No guilt, no consequences at all. Given the killer's identity, there should have been loads of fallout and consequence.

I can see that legal thrillers aren't for me, but they are wildly popular. If legal wrangling, bending of facts, and the crisp dialogue of a trial setting is for you, here is a list of legal thriller authors you may wish to read:

John Grisham Non series writer, his first book was "A time to kill"

John Lescroart Dismas Hardy series begins with Hardy as a bartender in Dead Irish. He becomes a lawyer in book three “Hard evidence” 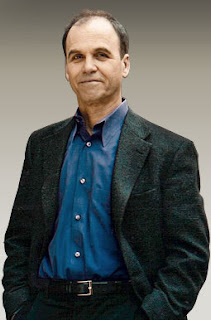 Scott Turow, unlike his characters, seems very likeable. Visit him at his site.
Posted by Librarian D.O.A. at 10:20 AM