The episode served as a nice intro to the apocalypse.  It appears people are falling ill and getting violent all over, but nobody knows the cause.   It is a slow thing, not a rampant overnight change in the world. 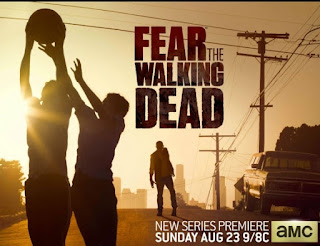 From our cast of characters, it turns out I like Nick and Travis.  Travis really is a good guy who is trying to mediate the personal disasters that Nick brings with him.  He seemed like a gifted teacher in the classroom.  He spent time watching over Nick in the hospital then yikes! went to the church where Nick had seen his Girlfriend the Zombie to look around.  Oddly no bodies remained but lots of gooey looking blood.

Nick, I'm surprised I like him, he is a total druggie, not my favorite people.  There is a vulnerability to the guy, an innocence somehow.  He only means himself harm.  I like that he reached out to Travis, who isn't a stepdad as I thought, but a live in boyfriend.

Madison was all sharp edges and annoying this episode.  Her daughter was even worse.  Luckily the daughter has a great boyfriend, who she doesn't deserve, but maybe he'll bring her around.  Or save her from a zombie.

Christopher was brief and whiny for someone in his teens.

Liza turned out to be quite pleasant and understanding for the most part, but I thought Christopher too old to be the subject of a conversation  "it's your weekend will you take him?"

I briefly liked Nick's old friend Cal, who seemed like a good guy that had maybe cleaned up his act as Nick should be doing, but nooooo.  Bad dog.

The Barber's family wasn't in the episode but it looks like next week they'll be in. 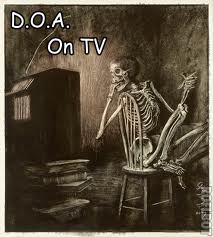