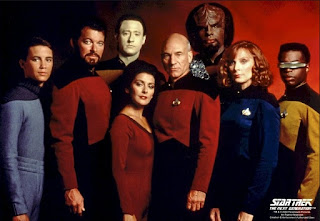 It was a little harder to look back at seven years of Star Trek to pick out some favorites.  Some General STNG Notes:

I could never stand Q.  So smirky and slimy.  I never re-watch Q episodes.

Never fond of the Ferengi and the Rules of Acquisition.

My very favorite episode is the two part series finale All Good Things which was perfect and the best ending a series could ask for.  Followed of course by the powerful Inner Light. 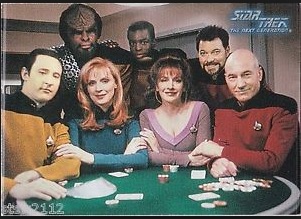 Despite Q's involvement, it's a rich story with Picard in three timelines, trying to find a solution to an anomaly.

Best of Both Worlds Part 1 and 2

Captain Picard is captured and assimilated by the Borg, becoming Locutus. 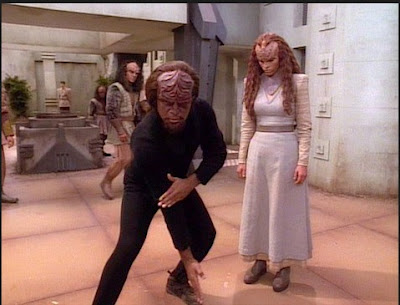 Worf gets news that his father may be alive.  Worf was a great character who could make honor seem the most important thing in the universe. 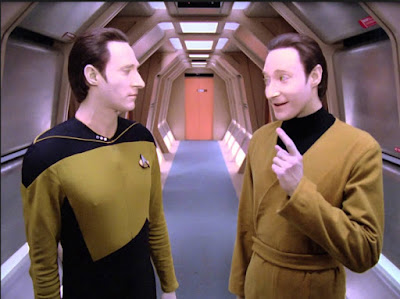 Data's brother Lore, with his flawed programming were a great contrast to always well meaning Data.

Data's deductive abilities vs the Holodeck as Professor Moriarty is created to provide an insoluable puzzle. 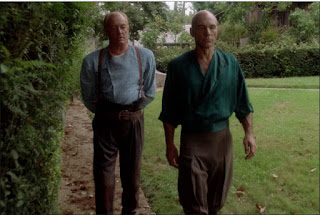 Worf and Crusher have stories with their families, but the heart of the the episode for me is Picard visiting his brother's family in France, and confessing how the assimilation by the Borg crushed his soul. 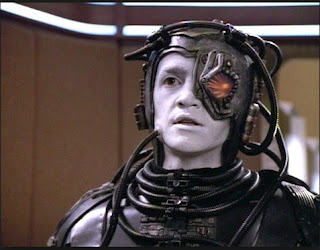 A young Borg is recovered from a crash and as he is helped back to health, he shows that he's becoming an individual.  The Enterprise crew debate whether to use Hugh (as Geordi names him)  as a weapon to destroy the Borg somehow, or whether he should be able to live his own individual existence. 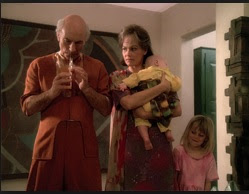 Picard lives out a full life on the planet Kataan, marrying, having children, and gaining a happy old age.   A life he'd never have, in memory of a vanished civilization.

The Measure of A Man 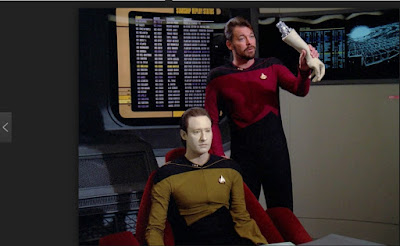 A scientist wants to take Data's brain apart to analyze it and see how it functions in the hopes of creating more like him.  Data fears he'll lose his sense of self, and a court is convened to decide his fate.  Riker is made to argue against Data's right to be considered a sentient being, and Picard argues in Data's favor. 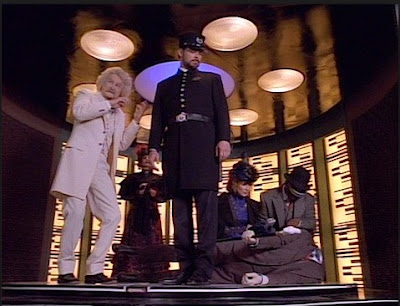 Posted by Librariandoa at 10:00 AM