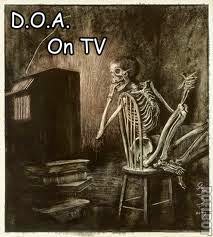 Last night's episode was mostly what we used to call a "downer" back in the day . It seemed to mostly consist of people being needlessly mean, cruel and rude to each other.  Although Survivor is often about people interacting poorly with others, it usually is only a couple of individuals, not something so rampant.

The worst of it went to Nina who was made to run ahead of her group during a challenge that had the group carry a water bucket full of holes back and forth.

Nina was deemed by Joe--who had seemed like such a good guy, as someone who would drag them down--wow.

Almost a mercy for her to be voted out at tribal.  What will the group of loose, "fun loving" No Collars do when they inevitably get down to just three "carefree" crud balls? 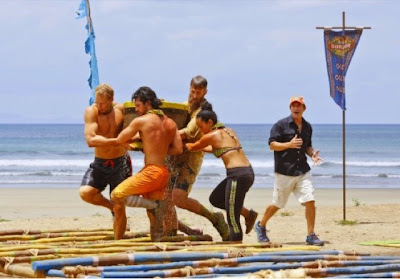