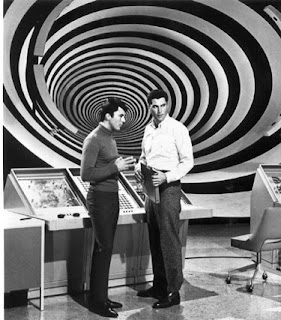 Since the paradoxes and counter-paradoxes of Lost have our heads spinning here at D.O.A. Central, we present a few time travel tales that are not merely about travelling through time, but which address those tricky time paradox issues that can crop up. There are tons more but these are ones that my co-hort and I have read and recommend. After lo those many years as a YA librarian, I still love and read plenty of YA and middle grade novels so you'll find those here as well.

The Time Tunnel by Murray Leinster

The Man who folded himself by David Gerrold

Gideon the Cutpurse: being the first part of the Gideon trilogy by Linda Buckley- Archer

A Wrinkle in time by Madeleine L' Engle

Time and again by Jack Finney

The Forever War by Joe Haldeman

Mr. Was by Pete Hautman

The Navigator by Eoin McNamee

A Shortcut in time by Charles Dickinson