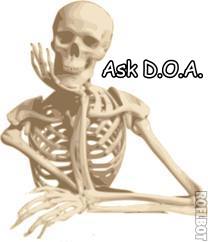 So a middle grade boy comes in with his mom at the end of the night and he wants a book he read before "about a kid who plays baseball and there is lots of rain."    There's a toughie.

I managed to get out of him that the kid was a pitcher on his team.

So I Googled  "baseball books for kids pitcher rain".    Voila!  A booklist from B & N   had the book cover and description of Rainmaker by Kevin markey (Super Sluggers Series.)  AND it was on the shelf!   I personally was impressed, though the kid and his mom seemed to take it for granted.

The fourth and final book in Markey’s rollicking Super Sluggers series after Slumpbuster, Wall Ball, and Wing Ding, will certainly fail to disappoint. Penned in much the same quick-witted and giggle-worthy style as the others, the crux of this latest edition concerns the catastrophic effects of rain on the game in more ways than one. After four years of playing together, you’d think the Rounders had the chutzpah to take anything standing up and still win. But an especially wet season (not to mention the pitcher Slingshot Slocum’s inability to forget mastering a split-finger curveball and snap out of his funk) threatens to wreck the team’s chances of beating their long-time rivals, the Haymakers. What’s more, the team’s confidence is nearly ruined when their ill-fated rafting trip (remember: a lot. of. rain.) sends them careening down the river and into underwater caves at top speeds. Teamwork saves the day in both situations and readers will cheer, once again, for Markey’s quirky storytelling capabilities. Ages 8-12
Posted by Librarian D.O.A. at 6:33 PM