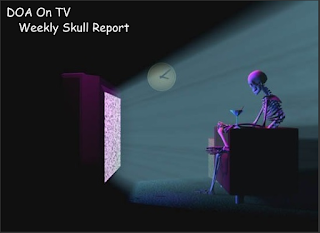 I haven't posted one of these because I'm so far behind on my shows.  Some as many as three episodes, yikes!  The wild and scary entertainment of the Presidential debates started my keeping up decline.   Then, hey hey what do you say, I watched the Chicago Cubs every evening they were on.   Ignoring those things I'm behind on, here is a Skull Report:

Mad City and the Mad Hatter continues.  I give Gotham props for having the most bizarre villains in the business.  The comic-y business, that is, I don't watch true crime/serial killer stuff.  There better be a hero who will defeat villains in my imaginary worlds.

Selena and Bruce are having a budding real romance with an actual kiss that wasn't landed by a Bruce Wayne clone.  I am hugely in favor of these two, though you can see that they will never be able to actually live happily ever after, too different, too damaged. 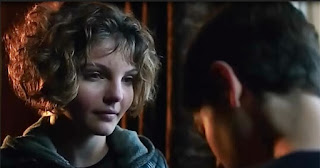 The HAIRDOS the women are sporting.  None of the main women, except the Miss Kringle look alike), but crowd scenes are filled with women with strangely curled hair right out of Doctor Seuss.  My husband who doesn't notice or care is silent when I exclaim "Did you see those women's hair?."   It is a small but brilliant way of making the dark and bizarre world of Gotham come to life.

Poor Penguin is in love with the Riddler!  He was working his way up to pronouncing his love when out of nowhere, the Riddler comes upon a smart, beautiful, riddle loving Miss Kringle look alike (you'll recall he strangled the actual Miss Kringle).  Something's not right about her.  She's a librarian.  She gave Penguin a rare volume of Gotham Family History, without checking it out to him in any way!  Eeep! No REAL librarian would do that, mayor or not.  Cough up your driver's license or car keys to leave the desk area, buddy.  She also took pretty well in stride Penguin's tattle tale about Edward's past in Arkham.  She's a plant.  Probably from the Court of Owls, is my guess. 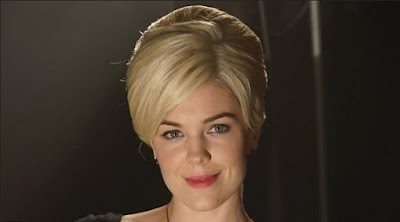 So the unfortunate Riddler and Penguin are suddenly smitten, but not with each other.


Lastly, the returning character Lee Thompkins was always beautiful, but since her return she's been stunning. 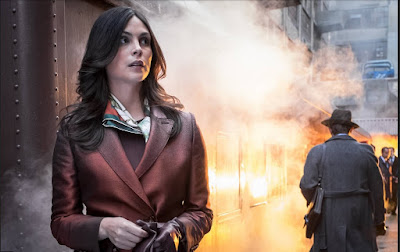 Always a pleasure to watch,   Lucifer continues to wrestle with what his mother's arrival has wrought.  Chloe and Maze are roommates!  Not a match made anywhere you'd want to go.  However, Chloe's incredibly adorable daughter Trixie gets to go trick or treating with Maze and they become best buds. 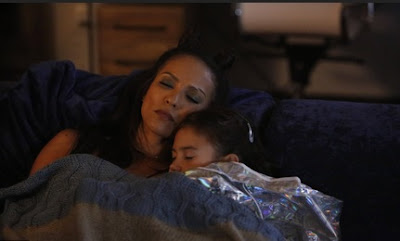 Detective Douche (Chloe's soon to be Ex) and Lucifer almost seem to be bonding as well. 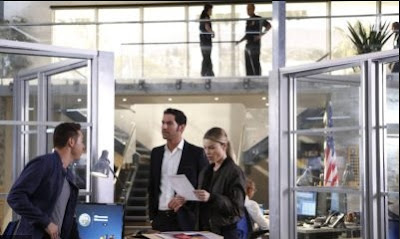 From what I've read, we're stuck permanently in the current Flashpoint timeline, because the old timeline is now too broken or corrupted (?) to ever return.  I suppose writing wise, it's fun to just re-jigger everything periodically, but there's no place like home.


The Harrison Wells from Earth 19 (I think) is a con man, but a real lovable hoot of a guy.  He definitely lightens things up.   He claims to be a novelist and an "idea man" now that he is revealed to be no brilliant scientist.  He's such a goof. 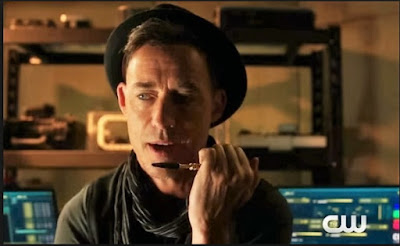 Everyone continues to behave foolishly and I am still happy enough with who gets voted out each week.  Although it was a huge tactical mistake to boot Michaela, who is one of the best strategists we've seen in a long time, and super great in every challenge.  The merge is coming right up, so her tribe won't suffer for their bad move. I really love this show, which succeeds more as a mystery series than as a "time travel" show.   There are so many twists and turns, and such suspense in each episode from the cases at hand and the ongoing effort to save Raimi's mom from The Nightingale Killer.  They seem to be setting that save up for a big fail, but I think it would be much better if they do save her, and something else huge changes. 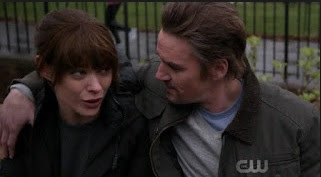 If then her father dies in the same way he originally did, or some other way that is an obvious result of their tinkering, there is a relationship and love that has been built now between Raimi and her dad that wasn't present before and she will want to try again to save him.  Do they start from scratch from his end?  Him not knowing her, but she recalls now two different timelines with him, one in which they are close buds, overriding the original?  What is her new relationship with her mom?  Lots of good story here.

This is improving episode by episode.  Pure time travel fun.  Zombies and the Civil War.  All good stuff.

Sarah Lance is pretty good as the new group leader.  Her character is still a bit too "lantern jawed" and needs to loosen up considerably.

Our group of grumpy survivors has fled the hospital and the show is immediately more interesting.   Two very dislikeable characters have been killed off, they both deserved their fates.

Vanessa is an awesome knife thrower.  Her old neighbor's presence humanizes her immensely.  She needed it.

Don't be eating or snacking in any scene featuring Julius, Dmitri or Rebecca, hot tip. 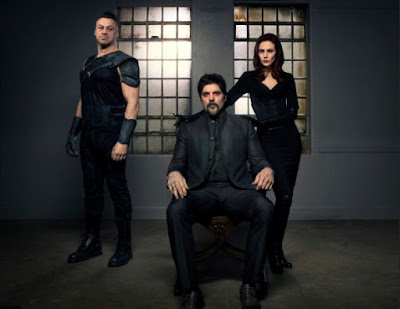 Axel isn't as likeable as he ought to be for some reason.   He seems a bit clueless in his interactions with other humans. 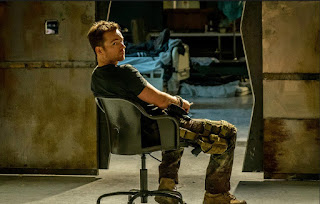 The Doc is disappointingly more haunted by her vampire time than is the dentist who has been returned to humanity, and I hope she loses that.

The opening episode will never be watched all the way through by me.  I think they rightfully lost many viewers with that.

Last week's episode set in The Kingdom was a welcome light episode, showing humanity at it's very best amidst the apocalypse.  Damn those are some awesome gardeners!  Using every imaginable container for growing things.  Plants thriving in metal filing cabinets, that is my favorite. 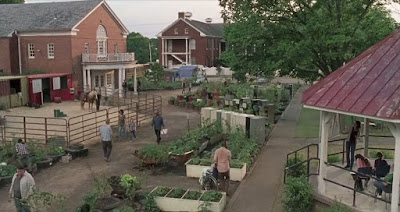 Tonight we see the Sanctuary, headquarters of Negan and his people.  Sinking into hell again with this one, I'm sure.

Zombie shows like this are popular because of the damn those scary zombies, they are soo scary, but it's ok, we know that they're not real.

Show us week after week of gross and horrific humanity being as terrible as the zombies, but no different than what shows up in our own scary world  on the news....yeah I'm not sure I can wait for the light at the end of this tunnel.